This is the 43rd in an occasional series where I share Eagle Scout project before-and-after photos. See the complete collection here and submit your own here.

The latest batch of 11 projects — from 11 different states — includes a renovated baseball complex in Arkansas, new arboretum signage in New Jersey and an impressive prayer garden in Louisiana.

What: Alex and his helpers renovated the baseball complex at his school, Subiaco Academy. Alex and his troop, baseball teammates, family and friends contributed almost 500 hours — including painting, installing new metal siding and soffits, pouring concrete, and adding new fencing. What: Joshua and his helpers worked with the P.E. coach from the Addie R. Lewis School in Valparaiso, Fla., which serves 754 students from kindergarten through eighth grade, to build a gaga ball pit for the students to use. The school is underfunded and in need of playground equipment. The project was provided at no cost to the school. What: Madison and her helpers restored a 50-year-old, 40-foot steel memorial cross in the bible garden of Acton United Methodist Church. The multiton cross was toppled by a combination of corrosion and vandalism. The team also planted new boxwood bushes and painted a fence. What: Mark and his helpers created a sign for Lone Pine Cemetery in Bigfork. The sign allows the cemetery to post information and maps, making it easier for people to locate their loved ones and learn about the cemetery. Mark has spent many Memorial Day weekends with his troop placing flags on the graves of soldiers at this cemetery, and several of his relatives are buried there including his great-great-great-grandfather. What: Ian and his helpers made a fire pit for his church, giving church youth and the congregation an outdoor space to enjoy. 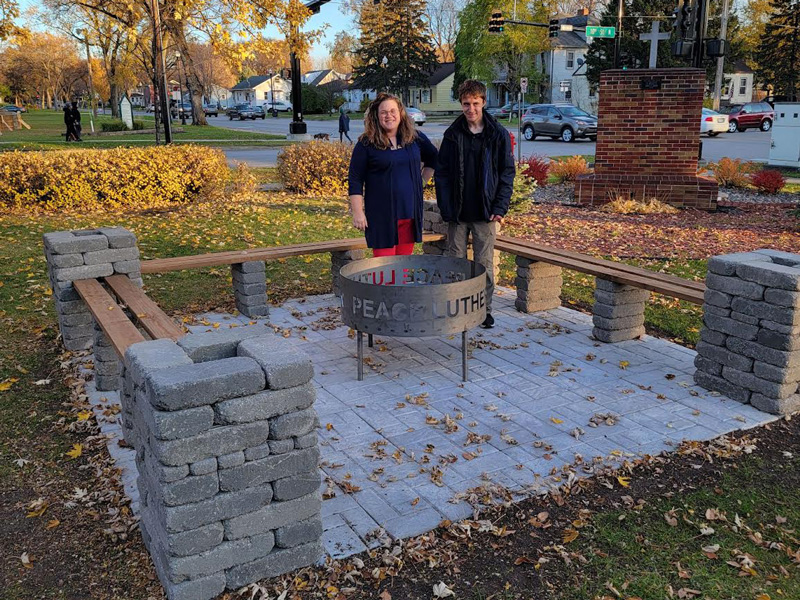 What: Mckayla and her helpers removed almost 12 tons of dirt and mulch from the playground. They then put down landscape fabric and six pallets of rubber mulch. What: Sam’s church had a minimal bonfire ring that was only rarely used and had no seating. Sam and his helpers replaced the ring with a brick fire pit structure, including surrounding landscape fabric and crushed granite. They also built six benches, including one that converts to a table. The fire pit is now used regularly by the church, particularly for youth ministries. The brick structure makes the fire pit safer, and the landscaped area makes mowing easier. What: The Hunterdon County Arboretum in Lebanon was in desperate need of new signage. They wanted a sign that would be a bulletin board on one side and a pamphlet holder on the other. They also requested protection from harsh weather conditions. Jack and his helpers gave the arboretum exactly what leaders wanted — in impressive style. What: Gregory and his helpers built a prayer garden for the Grace Fellowship Baptist Church. The garden has custom concrete benches featuring Bible verses cast into the bench seats. The centerpiece is an 8-foot concrete cross, sloped to enhance its presence and impact on all those seeking solace, reflection and prayer. It provides visitors a place of emotional healing and spiritual renewal. The Scouts also added native plants and used sustainable materials to lessen the project’s impact on the planet. What: Cole and his 23 helpers raised $2,361.66 and secured more than $1,500 in donations to build an 8-by-8-foot sports equipment shed with a ramp for Seneca Ridge Middle School in Sterling, Va. The shed is located adjacent to the recess area and stores sports equipment for students. This project reduces the time it takes teachers to transport sports equipment from inside the school and results in more time for students to exercise and have fun during recess. What: Rowan and his helpers upgraded the feral cat enclosure at a no-kill animal shelter by installing artificial turf, adding a shade screen, building cat boxes and creating an outdoor kit for play. 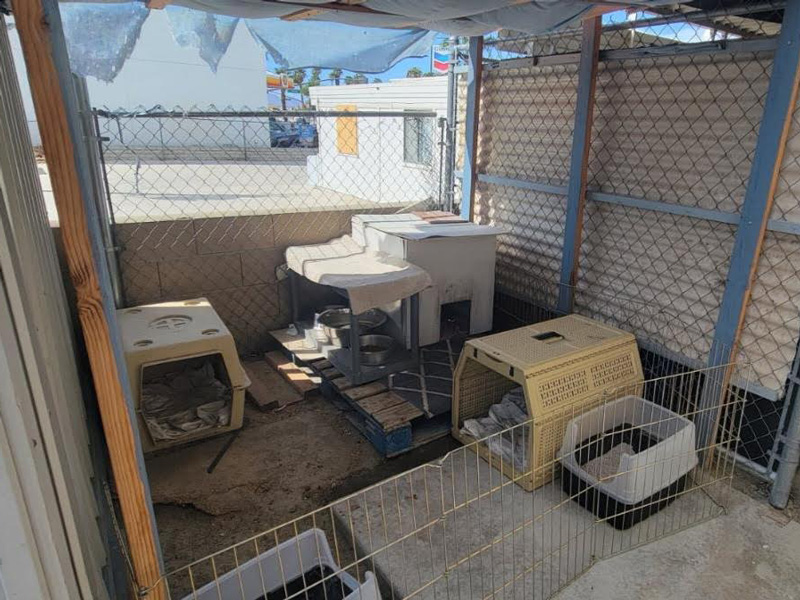 How can I submit my project (or my Scout’s project) for consideration?

An Eagle Scout, their parents or any registered BSA volunteer (with the Eagle Scout’s permission) may submit the Eagle Scout service project for consideration by filling out the nomination form found here.